This trail through the North Island’s rural heartland follows a stretch of the mighty Waikato River as it flows through striking hydro dams, and pools into tranquil lakes.

The trail passes through exotic and native forest, wetlands and pretty recreation reserves. Memorable sights include volcanic outcrops and a gorge, hydropower stations and dams, suspension bridges, and riverside villages with welcoming cafes. The journey is enriched by flourishing native birdlife and vegetation, along with the strong sense of community spirit that surrounds the trail as a whole.

Mostly smooth and gentle with some more challenging terrain, the trail is divided into five sections. Multiple access points make it easy to tailor a ride for most abilities and itineraries, while shuttles, accommodation, cafes and bike hire make logistics a breeze.

The trail is split into five sections, each named after the lake it runs alongside. The lakes are man-made, formed as the Waikato River pools behind a sequence of hydro dams built between 1924 and 1966. Interpretation panels tell their fascinating stories and much more.

The sections are described here in an approximately north to south direction, although all sections can be ridden in either direction – there are a few ups and downs no matter which way you go!

The whole 103km trail can be completed in 2–4 days, with local bike companies assisting with transport and other logistics. The trails, however, are often ridden as day trips, either one-way or return from various recreation reserves and car parks dotted alongside. (A couple of popular options described in the Day Rides section below.)

From the Pokaiwhenua Bridge car park the first half of the trail follows an easy path beside the road, before winding beside Lake Karapiro for the rest of the way to Arapuni.

As the trail nears the village it crosses the Huihuitaha Wetland via 500 metres of boardwalk. This allows riders to pass through the area without damaging this special (and regenerating) riparian habitat.

Even if you’re not heading to Arapuni’s Rhubarb Cafe (highly recommended), it’s essential to experience the knee-wobbling crossing of the Arapuni Suspension Bridge. The bridge was built in the 1920s so construction workers could get to the power station site. At 152m long and over 50m high, it’s one of the longest pedestrian (and cycling!) bridges in New Zealand.

This section now follows country roads on the western side of the river. The old trail on the other side is now permanently closed except for Arapuni Dam to Jones Landing (4km), and Waipapa Dam to the Mangarewa suspension bridge (10km). There's no through-route but these sections do make great day rides or walks!

Starting at the suspension bridge, there's 2km of cycle trail before joining pleasant, mainly sealed country roads on the way to Waipapa Dam – the route is well signposted. There are some steep, long climbs, but riders are rewarded with lovely views over the river and rural Waikato, plus a fun downhill along Waipapa Rd to the dam to finish off.

This remote, fun section undulates in a generally uphill direction, with the occasional steep section giving it its Grade 4/advanced rating.

The trail follows custom-built singletrack and flowing forestry trails through a mix of exotic and regenerating native bush. Be sure to keep an eye out for the information panels near the Maraetai Dam that tell the fascinating stories of this historic site.

Note that once on this section of trail, there’s no way off, so be prepared for a good 2–3 hours of riding. The trail joins Lake Road for the last 500m taking you to the Mangakino Lakefront; please keep an eye out for vehicles.

This moderately technical leg is mostly an easy ride, but the occasional steep section and tight corner ramp it up to Grade 3 (intermediate).

It starts by climbing gently towards Whakamaru Dam with lovely views along Lake Maraetai.

Around the midway point is a graceful, 70m suspension bridge crossing the Mangakino Stream. This leafy part of the trail has been beautified even further by the thousands of trees planted as part of the Waikato River restoration project.

The southernmost section starts at Whakamaru Dam, although many riders actually start at the nearby Dam Cafe in the village.

Around midway, bluffs rise dramatically from the lake providing a stunning backdrop, while just shy of Atiamuri, is the magnificent and culturally significant Pōhaturoa Rock, lifted by volcanic forces and weathered by the elements over the millennia.

The trail ends at the Atiamuri Village, a common pick-up or drop-off point for shuttles.

The Waikato River Trails can be split into a variety of day ride options; here we describe some popular ones including return rides avoiding the need for pick-ups or drop-offs.

One of the most popular rides is the half-day return trip from Arapuni Village, starting with coffee or brunch at Rhubarb Cafe and lofty Arapuni swing bridge. Although Grade 3 and undulating, the trail is suitable for most abilities.

At the Arapuni Dam cross the road and then head along the trail along a particularly pretty stretch of Lake Arapuni to reach Jones Landing, a pleasant recreation reserve. This is a technical trail for riding and is generally more suitable for walking. On this journey make sure you pop up to the Lookout to see over Jones Landing and the lake below.

From Waipapa Dam the trail quickly hits the Tumai steps which, sorry to say, means you have to push your bike. Awesome views down the lake will reward efforts, however. From here it's largely 9km of easy lakeside riding to the 80m-long Mangarewa suspension bridge gently swaying 42m above the stream below.

The trail ends at the northern end of the bridge; retrace your steps back to Waipapa Dam.

This return ride is thoroughly enjoyable in either direction, with the bonus of easy parking and a cafe at each end. You’ll earn your coffee and cake on the occasional steep section, but the ride is mostly gentle with lovely views along Lake Maraetai, a graceful 70m suspension bridge, and the feel-good factor of the Waikato River restoration project plantings. Local cycle tour companies can sort you out with bikes.

For current trail status and any alerts – such as temporary track closures and detours – check the trail website or Facebook page.

The Waikato River Trails sections range from intermediate to advanced. While most it is wide and smooth custom-built track, there are some steep sections with tight corners and big drop-offs, as well as on-road sections (especially on the Arapuni and Waipapa sections) where extra care is needed. Overall the trail is best suited to reasonably fit cyclists with some off-road experience.

A mountain bike is recommended, however, on some of the flatter, less technical sections such as the new Arapuni on-road section, hybrid bikes are also acceptable.

E-bikes are also permitted, and available through most bike-hire companies. E-bikers should ensure that batteries have sufficient capacity and charge for the day's riding and, if staying in local accommodation, check that they can be recharged there. E-mountain bikes and hybrids are the most suitable for the terrain overall.

Although the trail is well signposted and frequently passes within sight of roads and villages, carrying a map will enhance the experience by pinpointing landmarks and assist with timings for shuttle pick-ups, etc. An overview map and individual ones for each section can be downloaded from the official trail website.

The region’s temperate climate makes this an all-seasons trail, although parts of it can get muddy in winter (June–August). Riders should, however, always check the forecast and pack clothing appropriate for the conditions. A hat and sunscreen are essential in the summer months.

It’s possible to get basic groceries and refreshments in the villages along the way, namely Arapuni, Mangakino and Whakamaru where there are taps to fill your water bottles. We recommend, however, that you carry plenty of snacks and drinks to keep you fueled up; this is especially important out of peak season when some cafes and shops run on limited hours.

Cellphone coverage is reasonably reliable on the Karapiro, Whakamaru and Maraetae sections. It gets patchy beyond there, particularly on the Arapuni and Waipapa sections.

Toilets are located at the villages and recreation reserves along the trail.

Dogs are not permitted out of respect to private landowners who are farming next to the trails.

Horses are not permitted on the trails.

The Waikato River Trails are located in the middle of the North Island, conveniently close to State Highway 1, the city of Hamilton, and the popular tourist towns of Rotorua and Taupō where there’s lots more great riding to be had. There are small-scale but helpful services all around the trail; it will pay to book advance for both the busy summer period, and the quiet winter months when some businesses run on limited hours.

The Trails can readily be accessed from State Highway 1 through the middle of the North Island, with the closest towns Putaruru and Tokoroa. Hamilton, Rotorua and Taupō are also close by, all of which have regional airports. Auckland airport is around 2–3 hours drive away.

Casual bike hire is available on the trail in Arapuni and Mangakino. Based in larger towns close to the trail are shuttle operators who can provide bikes and transport, with some offering tour services such as luggage transfers and accommodation bookings.

Cyclists can stop overnight in lakeside campgrounds and lodges along the trail, or arrange shuttle transport to other accommodation nearby.

Note that the villages on the trail relatively small with limited visitor capacity, so it will pay book in advance regardless of the time of year.

The nearby State Highway 1 towns of Putaruru and Tokoroa have a wider range of options. The popular tourist hubs of Rotorua and Taupō (both within an hour’s drive) may appeal to riders looking for more adventure around the middle of the North Island, but be sure to book in advance for accommodation there during peak season (January to March).

10 reasons to go on a Great Ride

An introduction to e-bikes

Why go on a guided trip?

Kick your New Year into gear! 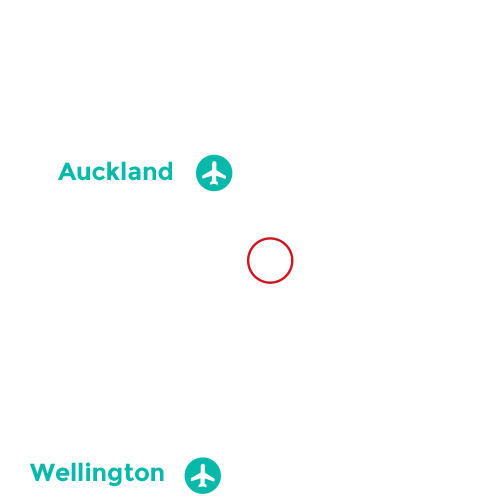